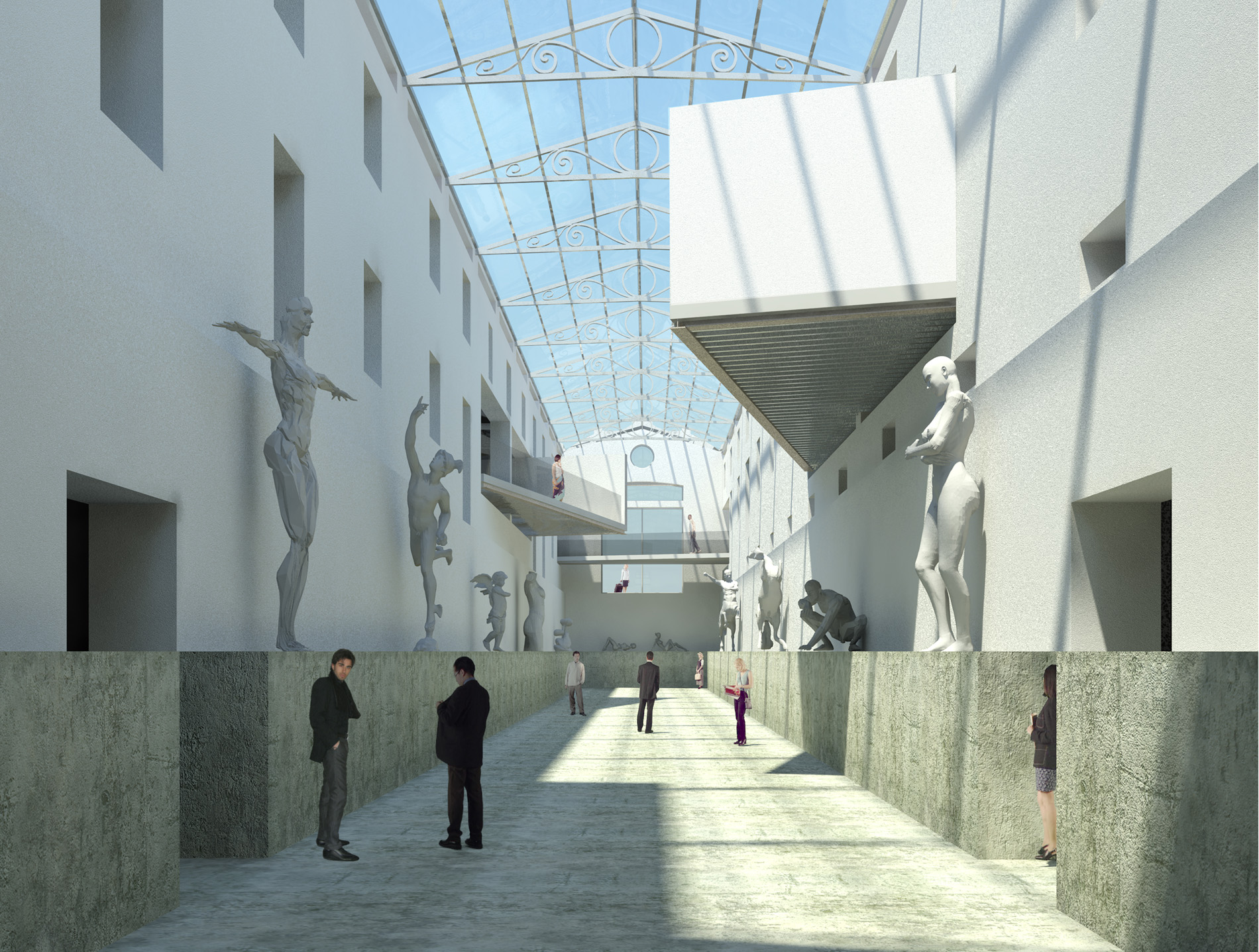 Pietrasanta is an art heritage city and a city for artists.  Thanks to proximity to marble quarries, Pietrasanta boasts an ancient sculptural tradition. Fernando Botero is only one of the many artists that have chosen Pietrasanta to live and work. The object of the intervention was the urban and architectural redevelopment of a large, abandoned area mot far from the historic city; the area should accommodate the new sculpture museum (sketches), an auditorium and a city park.  The railway is a strong mark on the territory, which is taken as a starting element to draw an urban grid where the various destinations are located. The historic warehouse is renovated, the cover becomes transparent and an excavation is carried out under the foundation level to obtain more useful volume to accommodate high and heavy sculptures. In the space between the old warehouse and the new volumes a covered plaza is generated, where several new sculptures created ad hoc by artists from different countries, symbolically and physically become the pillars of a sovereign coverage.