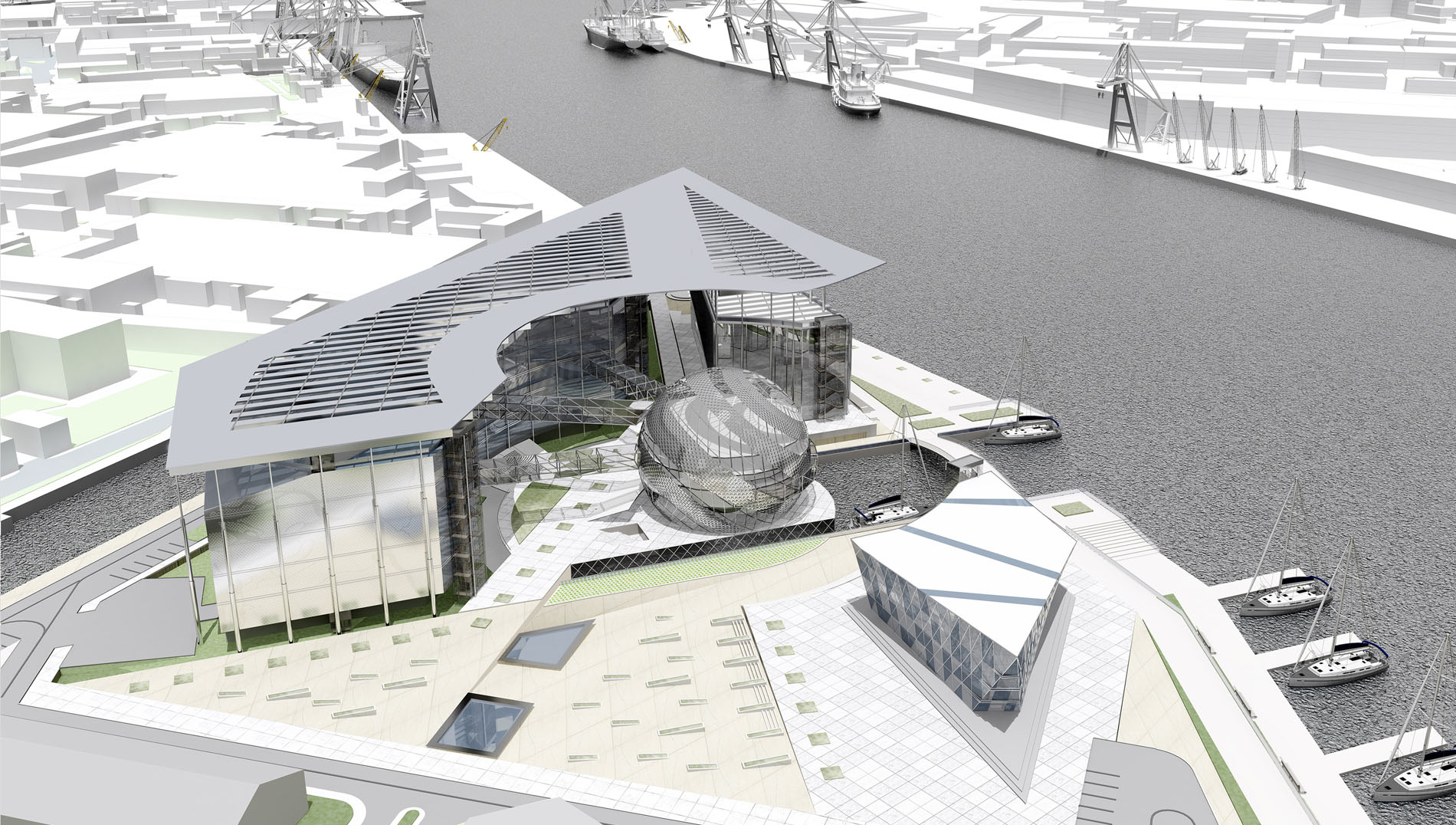 History of the territory and idea of the project.

The Island was founded in 1720, is located in the Admiralty district, in the lower reaches of the Neva, between the Moika River, the Great Neva and Novo Admiralty channel.

The main idea of the project is to combine 2 historical aspects laid Peter 1: Education and shipbuilding because Saint Petersburg is a major port city in the world, and the question of training for maritime and river transport is always relevant.

Master plan is a kind of card around the world. The composition of the complex consists of three objects tied around the central volume that symbolizes the globe. Objects are located on the opposite sides of the central core, but they complement each other. All complex objects vary in size and shape. There is a functional separation: The Main Building is a marine center , 2 objects facing the Neva embankment are the training centers for the training of specialists and the central volume of a sphere includes marine library card and file archives.